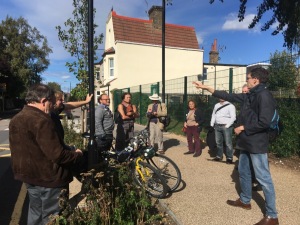 Waltham Forest Cycling Campaign  volunteers have run walking and cycling study tours of the borough’s transformative Mini Holland active travel programme for many groups of campaigners, officer and politicians, including those listed below.

By early November 2019 we had conducted around 100 tours. Note that Waltham Forest Council officers and politicians have also conducted a considerable number of tours, and we believe brings the total so far to well over 200.